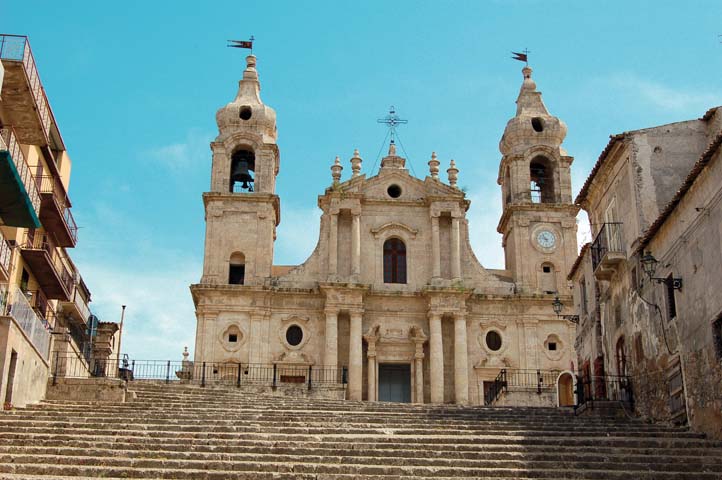 To the east of Agrigento, along the coast, a distance of just 25 km separates the capital from Palma Montechiaro. "City of the Leopard", as is universally known by the title of the famous novel by Giuseppe Tomasi di Lampedusa and subsequent film adaptation of Luchino Visconti.

Of remote origins, his past plurimillennial emerges from the discovery of archaeological finds that report to the second millennium BC and by the presence of a large number of graves sicane (1240 BC).

In the territory it is also found traces of settlements rhodium-Cretan twelfth sec.aC

1350, year of foundation of the Castle Chiaramonte, marks the beginning of the historical path of Palma. The subsequent founding of the settlement of the city, by the brothers twins and Giulio Carlo Tomasi, dates back to May 3, 1637.

In the current context of Montechiaro Palma is a popular agricultural center, enhanced by an archaeological, artistic, nature and landscape of rare beauty. A territory rich in that excels for its natural beauty, clean sea, sun, beautiful scenery, sandy beaches and unspoiled coastline varied and shaped by features clay cliffs.

The coast and the area above offer visitors the opportunity to admire and enjoy the charm of the wild places where few and unique.

Arriving in the city of the Leopard is impressed by the vision of Calvary that stands stern and majestic on the hill, next to the remains of the Santa Maria della Luce. The monument is identified with the history of the city and the religious fervor of the Tomasi family. Giulio Tomasi was that he wanted to revive the Way of the Cross of Jesus in Palma, along a path that led from the city center to the Hill, with the stop at the fourteen stations, similar to what Pilate's palace leading to Golgotha. Palma then as Jerusalem. And as pilgrims to Jerusalem, even those of Palma enjoyed plenary indulgence. To the many faithful who reached Calvary was offered the vision of a copy of the Holy Shroud, delivered by Carlo Tomasi Maria of Savoy and now kept in the Church of the College of Mary. Lovely view of the panorama that spans the valley and the coast below, but on the whole dominates comforting and authoritative wooden cross against the blue sky of Sicily.

Many of pride and the monuments and churches of Palma de Lichtenberg.

The Mother Church, emblem and valuable reality of the city, dates back to the seventeenth century. Expression of Sicilian Baroque, sovereign and magnificent emanates from the top of a wide flight of steps and artistic, the charm of its grandeur. The interior, with three naves, does not disappoint the expectations of the visitor who can admire rich decorations neoclassicheggianti, paintings, paintings by fine quality, as well as numerous relics of saints. After all, the aisles welcome the presbytery framed by iron bars of singular beauty and two chapels dedicated to SS Sacrament and Our Lady of the Rosary, lavishly adorned. A cameo is revealed the organ loft, carved with his hands, mind and heart from Calogero Provenzano, a native of the place and the father of Domenico, whose vast and valuable pictorial production is admired in many churches of Sicily.

The other monument identity of the city is the Palazzo Ducale or the Leopard. Built after the inclusion of the first in the Benedictine Monastery (1653/1659), later acquired by the state municipality, it has been restored to its former glory. The exterior is simple and austere while the interior is characterized by the refinement of the coffered ceilings in painted wood. Particularly decorative and fine workmanship ceilings of the Sale of weapons, the military and religious Orders, the one representing the coat of arms of the ducal Tomasi. On all stands for luxury and refined elegance decorative ceiling of the room corner that depicts the distinctive aristocratic family of Tomasi.

Described by Giuseppe Tomasi di Lampedusa in his famous novel "Il Gattopardo" he is universally known and admired. A visit that amazes and evokes emotions, an encounter with the living history of the city and its founders. On the ground floor houses the Municipal Library "Giovanni Falcone". A choice that tells the attention paid to an institution of fundamental importance to the cultural and social life of the whole community.

Magnetizes the attention of visitors the view of the Benedictine Monastery. Submitted on an original semicircular stairway which gives a bizarre architectural features, it was built between 1653 and 1659 even with the inclusion of the first ducal palace.

Always the focal point of reference of the spiritual life, high place of meditation and prayer of the cloistered nuns that allow access only to a privileged few. A visit of particular emotional intensity, in an atmosphere of inner peace that is foreign to the world and rediscover yourself. The visitors were welcomed by the fragrant scent of almond cakes that you can taste the refined and particular flavor, have the privilege of admiring the many treasures kept in the monastery, first of all the Church with the magnificent coffered ceiling, paintings, statues paintings , richly and skilfully embroidered vestments.

But what most involving and marks is a visit to the cell of "Venerable" Sister Crucified, born Isabella, daughter of Julius Tomasi. The nuns are careful stewards of His mortal remains and numerous relics, including a fragment of the cross of Jesus. They are offered to the admiration of visitors precious vestments, a letter that the devil would be signed by the Venerable and the stone that he threw against. A treasure chest of Christian piety that communicates the fervent mysticism that has marked the life of religious and that continues to hover within the walls of the Monastery.

Numerous churches of Palma de Lichtenberg, a tangible sign of the religious spirit that guided the work of Tomasi.

The Church of the College of Mary (XVIII sec.) Offering to pilgrims and tourists the benefit of worshiping a copy of the Holy Shroud, previously kept in the chapel of Calvary.

Next to the Church of Purgatory (1646), from the artistic baroque portal, which welcomes visitors to a world of light and collection spirituality.

Near the Church of the Holy Family (XVIIIsec.) That incorporated the palace of the Piarists shares space, style, history. The church contains two paintings that make it artistically interesting in an atmosphere of mystical contemplation.

The Town Hall Palace Scolopi Baroque by Julius II Duke of Palma and completed in 1712. Delivered to the care of the Piarist Fathers, was initially used as a Institute of the Pious Schools in 1800 to become home to a prestigious university He frequented by young people of Sicilian nobility of the time.

At the end of this route is the Church of Sant'Angelo (XVIII sec.) Dedicated to the patron saint of Licata. Giuseppe Tomasi he built beside a small orphanage for orphan, later transferred and housed at the College of Mary.

Away from the town in the district Capreria stands proud and lonely the Chiaramonte Castle.

Also noteworthy is the Torre San Carlo, coeval with the city and built by Duke Carlo Tomasi for defensive purposes, function it held until 1820. Isolated and protected, during the summer is immersed in the atmosphere raucous and carefree Navy. 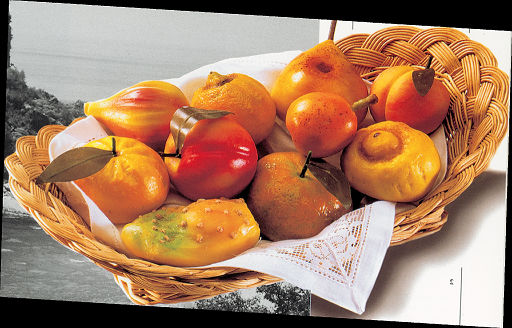 The meeting between cooking from "the land" and the "sea" 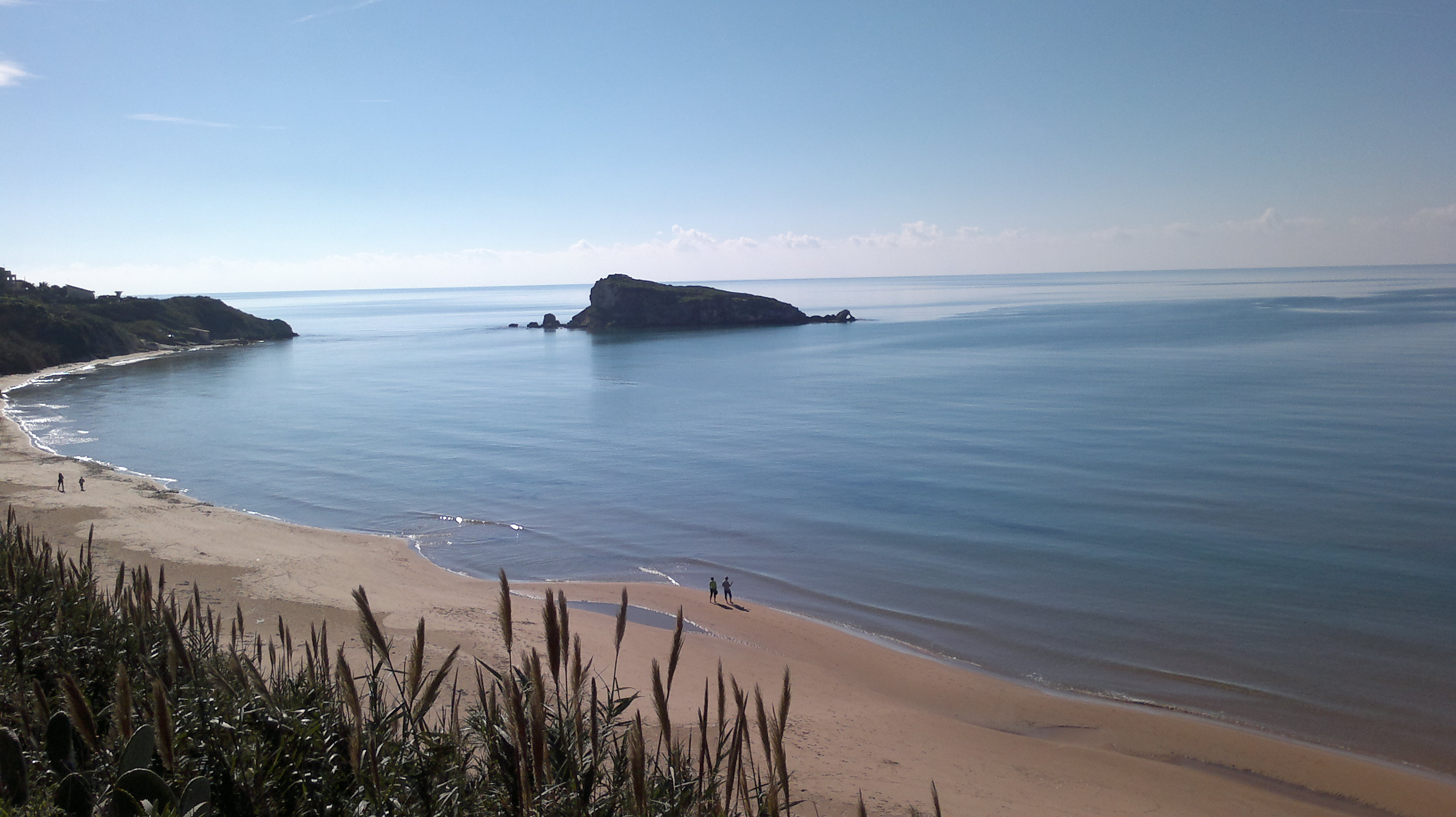 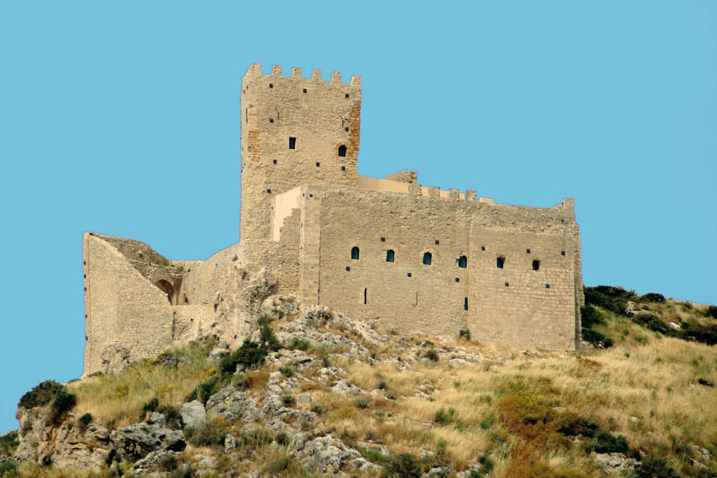