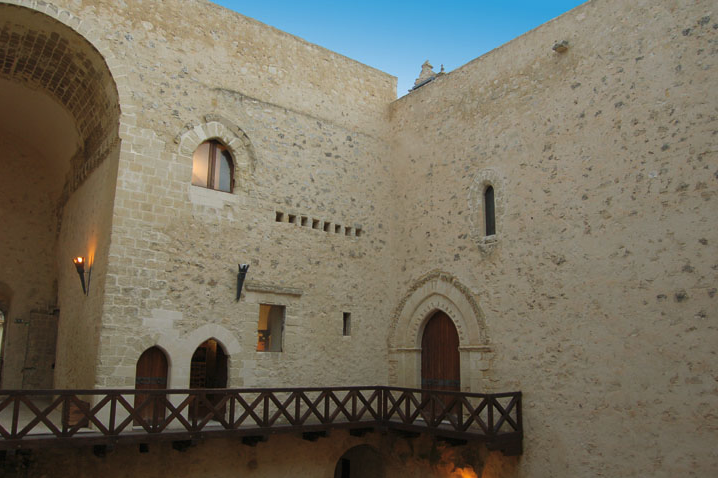 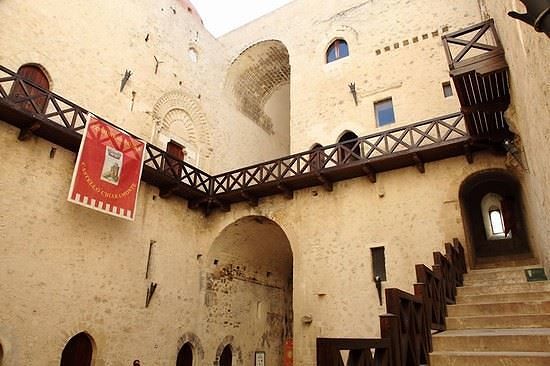 Favara Castle was built by Frederick II of Swabia in 1239 as a hunting lodge. In 1311 the manor passed to Giovanni Chiaramonte and his heirs until 1398, when the castle became the property of Perapertusa. In 1488 Guglielmo Perapertusa made the first and last restoration, until 1964 when work started to turn it into the seat of the City Council of Favara. In the following years between interruptions, suspension and resumption of the restoration work, it was completed masterfully by the Cultural Heritage and Environmental Superintendence of Agrigento that returned the castle to its old charm of yesteryear.

The Square floor plan of the castle, with a courtyard, is the hub around which the whole town of Favara has developed. The ground floor rooms once used as stables and warehouses all open out to the courtyard. The first floor consists of seven rooms connected by a corridor that connects them with each other. The property, owned by the city, is open to visitors, and is an active cultural center, which hosts international conferences, concerts, exhibitions, etc.