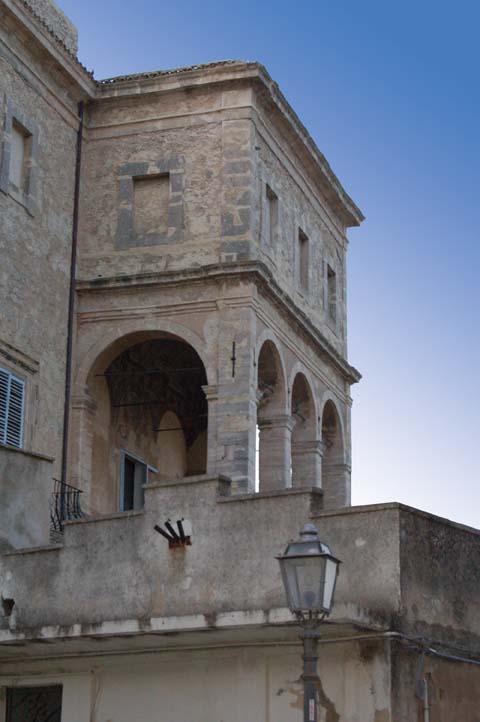 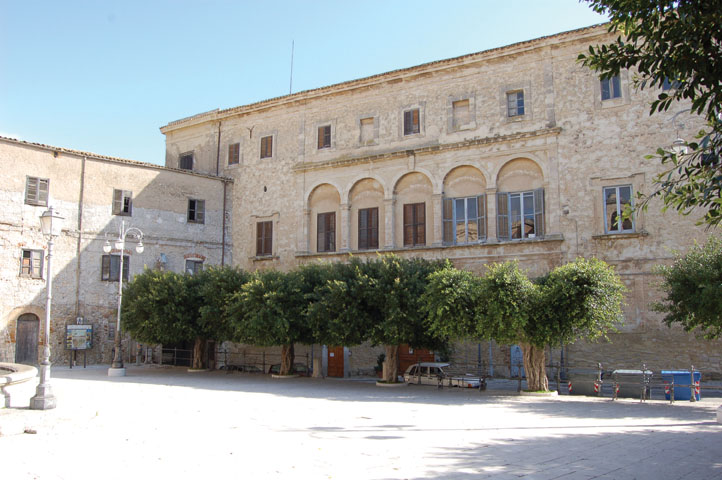 The Prince Naselli Palace of Aragona was built at the beginning of 1700. Its name comes from the prince of the area at the time, Baldassere Naselli Branciforti, who commissioned its construction.

Inside one can admire the numerous and magnificent Borremans frescoes, the chapel full of holy relics and a great profusion of valuable ornaments.

The rectangular structure, with four small balconies in its corners, rises majestically and dominates the urban context with its various levels in the eastern slopes of Mount Belvedere.

Half of the building was occupied by City Hall, which was moved to a modern building in the new part of the town, and the other half is occupied by Sisters of Charity. In the second part, not open to the public, there are preserved niched frescoes, which have unfortunately been deteriorated by the elements.